You may have already noticed, but I’ve updated the site to include a section covering my retirement investments.  The focus here is on my company sponsored 401k and a separate Roth IRA.  I’ve already maxed the contribution limit for 2019, but I’ll likely adjust positions a few more times before the end of the year.

There are few events that stand out this weekend that I’ve captured below.

The Fed is pumping money back into the market.  This is usually a sign they want to re-balance market liquidity and often good for equities (don’t fight the Fed). 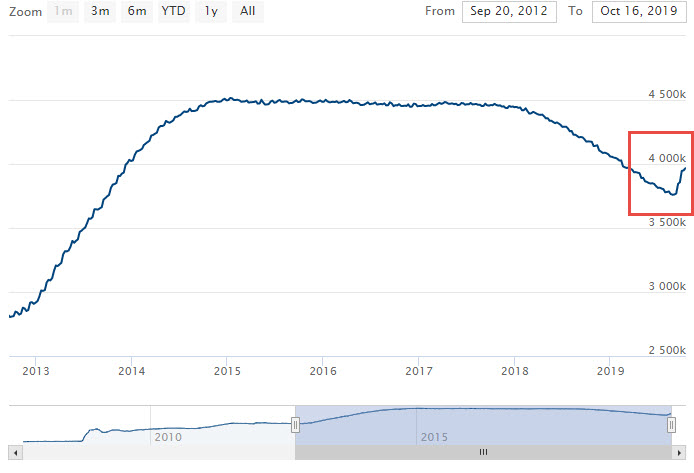 The Equities Market is still in an uptrend and consolidating.  Technical traders will tell you this means we’re about to make a strong move either up or down. It’s hard to say where we go from here, but you can see the consolidation (triangle) defined by the two redish/orange trendlines below.  Looks like 300 will be the first psychological ceiling, then top of the purple channel. 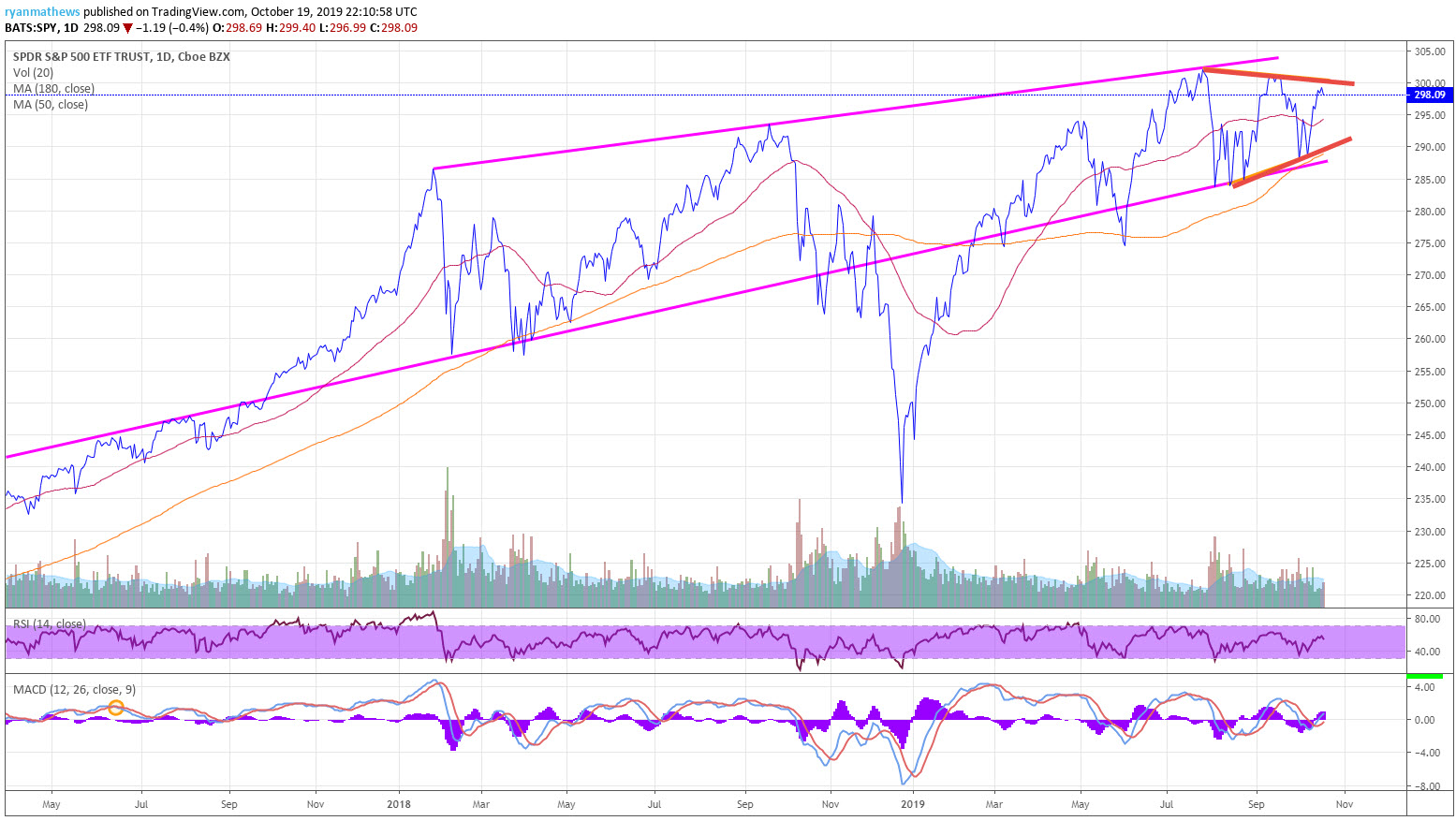 China GDP at lowest rate in 30 years. 30 YEARS!  Is it a sign that the trade war is affecting Chinese markets and causing significant problems for their market?  If so, we might try to conclude that they will be more likely to make a trade deal. I’m not sure I buy that, but that’s one way to translate the data.  I still believe China is trying to hold out for the next president before they make significant deals.  Anyone’s guess.   I’m more concerned that the GDP numbers are a sign that the global markets are about to roll over. 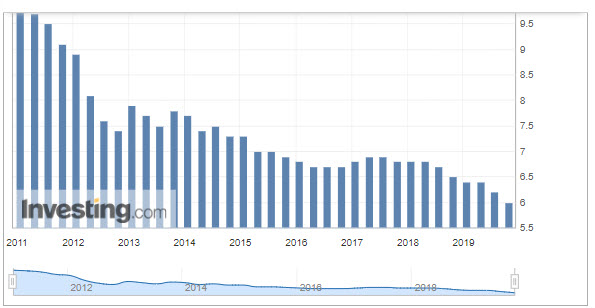 Uh, Oh. Is the US consumer slowing down just before Black Friday?  Most data says the US consumer is still strong… or, at least strong enough to get us through the holidays.  I hope this is a valid read of stocks like LULU, NKE, COST, WMT, etc.  There is a lot of evidence that the consumer is strong, but what about that Core Retail Sales that went negative last week?  It’s quite clear that manufacturing is tumbling and printing recessionary-level numbers, but does the consumer care? They will as soon as bad manufacturing numbers turn into bad services numbers, turns into layoffs.

The market is messy right now. That’s just another way of saying it’s consolidating.  That isn’t always a bad thing, but worth watching closely.  If we roll over, it could be nasty and quickly moving to safety will be ideal.

Lastly, there is JNJ.  I really want to buy this stock right here.  Fear has taken over this trade as negative company news has taken the spotlight.  JnJ is facing thousands of lawsuits and can’t seem to get out of its own way.  My guess is that they will come out of this mildly damaged and investors who bought in on fear will be rewarded.  Although it may sound counter to logic, I might pick up some JnJ soon on an oversell reaction and because I want that dividend.

A 1% drop in $SPY at open would basically put us at EMA200 on daily. THE line in the sand.

Coronavirus, consumer sentiment, GDP, retail earnings: What to know in the week ahead https://finance.yahoo.com/news/coronavirus-consumer-sentiment-gdp-retail-earnings-what-to-know-in-the-week-ahead-212252607.html

Finally...
You can now create lists with sorting, etc. on @RobinhoodApp .